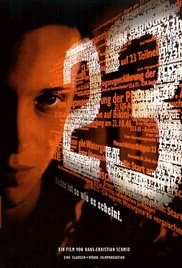 In this blog post, we would like to highlight some important technical improvements we've deployed as a part of the ChEMBL 23 release. You may find them useful if you work with ChEMBL data using FTP downloads and API.

Many users download our SDF file containing all ChEMBL structures in order to compute fingerprints as an immediate next step. We decided to help them and publish precomputed fingerprints in a FPS text fingerprint format. The FPS format was developed by Andrew Dalke to "define and promote common file formats for storing and exchanging cheminformatics fingerprint data sets". It is used by chemfp, RDKit, OpenBabel and CACTVS and we believe it deserves promotion. The computed fingerprints are 2048 bit radius 2 morgan FPs, which we think is the most popular and generic type but please let us know in comments if other type can serve better. We are fully aware that fingerprint type can heavily depend on the specific application but it can be helpful for educational purposes and prototyping.

As of release 21 we publish a SQLite dump which is an embedded file-based database. This proved to be very useful but as Andrew Dalke noticed on his blog, this dump wasn't optimised. We decided to follow Andrew's advice and pre-analyze tables during dump creation. We hope this will save you a few hours of computing. This is also a first ChEMBL release built with the support of our new Luigi-based pipelines. All the FTP files, including the schema image, SQL dumps and RDF data has been generated automatically using our python workflows. We are hoping to automate more and more parts of the release process, which should result in more frequent data releases and increased reproducibility in the long run.

ChEMBL API is an open source project. This means that combining it with SQL dumps we provide, everyone can use it to create their own API instance. So far the biggest obstacle with integrating ChEMBL API software with other libraries was the fact, that the API was built on top of very old dependencies. For example, we were using Django 1.5, which was released about 5 years ago. We decided to upgrade the software making it compatible with the latest versions of most critical dependencies. After this change, the ChEMBL API software stack is now compatible with Django 1.11(.2) (which is the LTS edition), haystack 2.6.0, tastypie 0.13.3 and others. As a part of the upgrade process we also switched from virtualenv to conda as a default deployment environment which allowed us to easily install latest RDKit (2017.03.2 at the time of writing) and upgrade the Python interpreter itself (2.7.13). Using conda should make it easier to keep up with a future software updates as well, so from now on our software stack should always be using the latest stable dependencies.

All those changes should have a positive impact on the performance (more about that in the next paragraph), increase the security as well as compatibility with modern software stacks so it should be easier to integrate our software with your existing applications. Also, since all the dependencies are Python3-ready we are much closer to making a switch to Python 3.x. So far we migrated our API client library, which is compatible with both Python 2 and 3.

The main reason to upgrade our software stack was improving the performance of our API. We decided to use Django Prefetch object (introduced in Django 1.7) to fine-tune SQL queries containing joins. We carefully analyzed all SQL queries generated by Django ORM when using the API. Introducing miniconda, which comes with precompiled binaries for python interpreter and libraries like numpy also had a positive impact on the performance, especially molecule images generation. We also added a full text search index on Assay description so now you can perform sophisticated full text queries. For example, searching for Activities, that have related assays with description containing 'TG-GATES', would look like this:

The above query can be rewritten to use Solr:

This query should be much faster than the one from the previous paragraph. We extended Solr indexes so now they cover 6 ChEMBL entities:

In total we have now indexed 17793020 solr documents. Some more example queries are:

A much more sophisticated query would be one that involves Solr-based search combined with DB-based filtering. For example, getting all assays that match 'inhibitor' in description and have assay type equal to 'A':

Such a "federated" query is quite heavy but we managed to optimise this use case. Still, please bear in mind that chaining search with too many filters may cause a timeout if the query is extremely complex.

Our API provides the functionality to perform molecule substructure and similarity search. We noticed, that substructure search with the query being a small compound like benzene can lead to timeouts. We decided to enumerate all chemically important small structures and precache the results, which should improve substructure search performance. Please note, that this will have no impact on the speed of substructure search on our main web interface. This is because the interface is not using the API at the moment. We are developing a new API-based interface which should address this problem.

Following new endpoints have been added to the API:

We updated the main API web page to reflect recent changes and we added a section with examples. GitHub repository has a new readme file as well and our PyPi packages point to the GitHub repo.

We also recently published a review paper, titled "Using ChEMBL web services for building applications and data processing workflows relevant to drug discovery". The document should be open and deposited into PubMedCentral (https://www.ncbi.nlm.nih.gov/pubmed/28602100) after six months.

Please don't forget that we are organising a webinar on the 12th July about the API. More details will be announced soon.

Our immediate future plans regarding the API are: