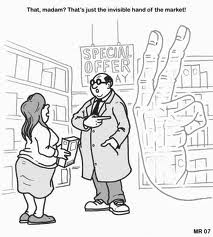 There are some fantastic initiatives in Open Drug Discovery going on at the moment. I for one, are convinced that we are on the cusp of a large structural change in drug discovery, and like at the beginning of all revolutions, the future is not clear, and we all a little bit excited and nervous at the same time. One of the commonly quoted benefits of an Open strategy is that it can avoid duplication, and if you avoid duplication, it means that you get to the goal, faster and cheaper (since other researchers can explore alternative approaches), and there is no repetition. There, you've just read it, and it's quite seductive isn't it?


I've never quite bought this "avoid duplication" argument for the following three reasons. (I should declare my political/philosophical hand here, I have a very deep rooted empathy with the concept of The Free Market. Not the goofy, fudged form that we've had in Western Economies for some time - but that really is a different story, for another time).

1) Scientists are not perfect and they mess things up now and then. The "no duplication" strategy places a lot of weight on the capabilities of a single group, who may not follow the best decision making, have the best approach to data analysis/design etc. There is a lot of discussion at the moment in the literature of the non-repeatability of key pharmacology data, to not have several parallel attempts at a problem seems a little rash given the probably high likelihood of individual failure. If an individual group has a likelihood of 0.6 of getting something done within a given time and given funding. Two groups (with the same likelihood of success/failure) in parallel have a probability of getting it done of 0.84. Simples.

2) Competition is well established to be one of the major drivers of rapid completion in almost all endeavours of life; if you have someone breathing down your neck, potentially scooping you on a paper, you think in a different way, and tend to stay focussed on the task in hand. Given a finite time to complete a piece of work with preplanned and coordinated deliverables, the work miraculously fills the time and funding available.

3) Who will take the decisions over non-duplication? Effectively saying you will not work on this compound series, and another group will, and will people abide with the decisions? We all know that grant committees are useless (unless we are on them of course), and without a lot of process transparency, things could rapidly descend into slow chaos and confusion.


However, I think the arguments for rapid data sharing are very very strong, primarily because they increase liquidity and transparency in the market, and allow market participants to take more rational decisions on the allocation of their resources (individual labs and funders). For me this is the biggest single reason for data sharing (i.e. it actually increases competition, not decreases it). The Free Market of Knowledge in Drug Discovery will drive participants to their best composite roles, based on their abilities.