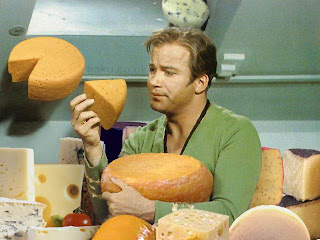 Let have some examples - benzene (chembl277500) is unambiguous, it has no possibility of forming any tautomers, it cannot become protonated or lose a proton (i.e. act as a base or acid) under anything approaching physical conditions, it has no stereocenters, and furthermore has no internal degrees of freedom (it it conformationally rigid). So there is no ambiguity over calculated properties such as logP, molecular weight, etc, and you could take the structure directly from a database and do things like docking with it.

Next is pyridine (chembl266158), this has two biological forms, it is still rigid, and has no stereocenters or tautomeric forms, however, it can act as a base, and so can exist in a protonated form. These two forms have different molecular weights, overall charge and many other differences (for example, it's molecular dipole).

In particular, the binding to a receptor will be very different for these two forms, pyridine can act as a hydrogen bond acceptor, while the protonated for can't, but can act as a hydrogen bond donor - in one important factor the two forms of pyridine are opposite. The fraction of the two forms in biological systems will depend on the pH of the biological or experimental system, and also the pKa of pyridine (around 5.2 for the pKa of the conjugate acid). Typically, chemical databases will calculate and display properties for the neutral form of pyridine. Users, performing tasks such as docking, will probably need to consider both forms and dock two molecules not one.
A slightly more complicated case is 2-hydroxypyridine (chembl662), which is a classic case of tautomerism. The structure can be drawn with alternate bonding, but the two forms can rapidly interconvert. The is a small free energy difference between these two forms. The other tautomer (and the form found in solid samples of 2-hydroxypyridine) has the trivial name 2-pyridone. In solution, both forms are found, with the fractions found of each form depending on the solvent polarity.

These forms have the same molecular mass, have no stereochemical centers, but will have different calculated properties - the clogP will be different for the two forms. It is important to remember though that due to the fact they are rapidly interconvertable, they will appear to have a single logP experimentally. Again, due to the differences in hydrogen bonding potential, two forms need to be considered for a tasks like docking. What chemical databases do with cases like this varies, but typically a single tautomeric form will be used to calculate properties such as logP. What tautomer is used will depend on the particular software used.
Finally, another simple system, this time showing ambiguity over charge - 3-hydroxypyridine (chembl237847). This molecule exists in solution as an equilibrium of two physical forms, a neutral form, and a zwitterion. Calculated properties of these two forms for things like clogP will be different, the molecular weight will be the same, but again, for docking explicit consideration of the two distinct forms is required.

So hopefully, some simple examples showing that a single 2D structure of a molecule in a database can have multiple physically differing forms that can affect the calculation of properties and also have large impact on their use in modelling. Hopefully, I've also highlighted that this complexity is usually poorly handled in chemical databases (not least the current version of ChEMBL).
In the next part, we'll talk about just how complex this ambiguity is, the astronomical number of distinct structural forms possible for some molecules, and also address stereochemistry and conformational flexibility.

Benzene is unambiguous, because of symmetry only. However, it's delocalization feature does pose problems for databases. Take 1,2-dimethylbenzene, which breaks the symmetry, and you run into the problem that the ring bond between the two methyls can be single or double, or, and that is what many databases do, aromatic.

I am still puzzled why the cheminformatics field did not choose for 'delocalized' instead; aromaticity is just a crappy concept.
27 April 2011 at 07:19