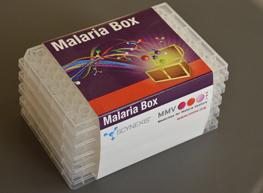 The Drugs for Neglected Diseases initiative (DNDi) and Medicines for Malaria Venture (MMV) announce today the identification of three chemical series targeting the treatment of deadly neglected tropical diseases (NTDs), through DNDi’s screening of MMV’s open access Malaria Box. The resulting DNDi screening data are among the first data generated on the Malaria Box to be released into the public domain, exemplifying the potential of openly sharing drug development data for neglected patients.

The open access Malaria Box is an MMV initiative launched in December 2011 to catalyse drug discovery for malaria and neglected diseases. It contains 400 molecules, selected by experienced medicinal chemists to offer the broadest chemical diversity possible and is available free of charge. In return, MMV requests that any data gleaned from research on the Malaria Box are shared in the public domain within two years. To date, more than 100 Malaria Boxes have been delivered to over 20 countries for research on diseases including malaria, neglected diseases, HIV and cancer.

DNDi, in partnership with the Laboratory for Microbiology, Parasitology and Hygiene (LMPH), University of Antwerp, screened all the compounds in the Malaria Box against the parasites responsible for the three NTDs on which DNDi mainly focuses: sleeping sickness (human African trypanosomiasis), leishmaniasis (including visceral leishmaniasis, or kala azar, also known as black fever), and Chagas disease. This initial screen identified two potential drug series for the treatment of sleeping sickness and one for leishmaniasis. The DNDi screens have yielded valuable information that will strengthen DNDi’s research pipeline. All the biological data from DNDi’s screen, together with the existing preliminary data from MMV, are now publicly available on the open-source ChEMBL database.