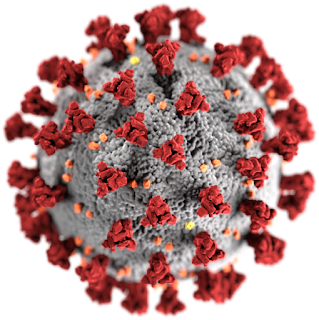 The COVID-19 pandemic has resulted in an unprecedented effort across the global scientific community. Drug discovery groups are contributing in several ways, including the screening of compounds to identify those with potential anti-SARS-CoV-2 activity. When the compounds being assayed are marketed drugs or compounds in clinical development then this may identify potential repurposing opportunities (though there are many other factors to consider including safety and PK/PD considerations; see for example https://www.medrxiv.org/content/10.1101/2020.04.16.20068379v1.full.pdf+html). The results from such compound screening can also help inform and drive our understanding of the complex interplay between virus and host at different stages of infection.

Several large-scale drug screening studies have now been described and made available as pre-prints or as peer-reviewed publications. The ChEMBL team has been following these developments with significant interest, and as a contribution to the overall COVID-19 effort we have curated the bioactivity data reported in these studies. Many of the compounds used in these studies have significant data and information already available in ChEMBL; one of our goals is to enable users to view the COVID-19 results alongside existing data and to be able to compare results from different labs (e.g. for the same compounds). We have chosen for this special release to focus on those studies which use cell-based assays to screen such well-established compounds for anti-viral activity.

Drug names were extracted from each publication and mapped to ChEMBL compound identifiers and/or chemical structures, using a combination of automated mapping and manual curation. These were incorporated into the database, along with the relevant assay/activity information, to produce the new release of ChEMBL. Full details can be found in the release notes; these datasets been incorporated as a new source (src_id = 52, SARS-CoV-2 Screening Data) and can be accessed via this link.

Here is a summary of the 8 data sets that we have curated:

CHEMBL4303121:
Si et al. (2020) Human organs-on-chips as tools for repurposing approved drugs as potential influenza and COVID19 therapeutics in viral pandemics. Preprint DOI: 10.1101/2020.04.13.039917
Effect on SARS-CoV-2 viral entry in Huh-7 cells was assessed for 7 approved drugs that have previously shown activity against other viral infections. The compounds were then assessed for antiviral activity in human lung Airway Chip at their reported Cmax. Note, this study also included influenza data, which is not currently included in this ChEMBL release.

So which drugs demonstrate activity in these assays?

There are 133 compounds with a reported IC50/EC50 better than 10uM in one or more studies and 41 compounds with an IC50/EC50 better than 1uM in one or more studies (but please bear in mind that not all studies/assays reported IC50/EC50 measurements). It is important to note that most of the studies included here also assessed the cytotoxicity of the drugs in the absence of viral infection. Some showed significant cytotoxicity in addition to their antiviral activity, at the concentrations tested, so this information should be taken into account when analysing the data. For example, of the 133 compounds with activity < 10uM, only 72 of these have a reported 'Selectivity index' > 3 (ratio of cell cytotoxicity/antiviral activity) and 44 of these are approved drugs. By switching to the Heatmap view for these compounds in ChEMBL, you can also see what other reported activities these compounds have:

The overlap in terms of which compounds are active between the different studies is fairly low. Only a handful of compounds are active in more than one study. When considering all of the different activity types measured, 14 compounds could be considered active/weakly active in more than one study and only 5 compounds were active in three or more studies: remdesivir (Ellinger, Heiser, Riva, Touret), chloroquine (Heiser, Si, Jeon), hydroxychloroquine (Gordon, Touret, Weston), mefloquine (Jeon, Ellinger, Weston) and amodiaquine (Jeon, Si, Weston).

There may be many reasons for the variation in these results, particularly as these can be very complex assays to set up and run. Assays may also differ in the cell type used (Vero-derived cell lines from African Green Monkey vs human cell lines/tissue), the SARS-CoV-2 isolates used, multiplicity of infection (MOI) tested, and the assay type/detection method.

We will continue to monitor closely COVID-19 progress as more studies are disclosed. We are very happy to receive feedback on this release of ChEMBL via chembl-help@ebi.ac.uk.

Finally, we would like to acknowledge the tremendous efforts of the researchers who have established the assays and generated the data so speedily.

ChEMBL wishes you a Merry Christmas: A look back and a glimpse into 2023!

By Barbara December 16, 2022
The ChEMBL Team heads off soon on their Christmas holidays! Before we leave, we would like to remember  some highlights of 2022 and share some outlook for the next year! 2022 was an extraordinary year for the UK and also for the ChEMBL Team! It was a year of celebrations, farewells, and new beginnings....   The ChEMBL team underwent major personnel changes in 2022 , with Anna and Patricia leaving the team, and Barbara, Eloy and Fiona taking on new roles within the ChEMBL leadership team. 2022 was a year of extremes as well. The UK recorded >40C in July and -6C in the past few days in December.  During the hot summer months the ChEMBL Team went on a punting excursion on the River Cam. In 2022, the ChEMBL Team delivered lots of training and outreach activities including a "Wetland Nature Trail" on Campus organised by Emma and James. We also participated in the "School of Chemoinformatics in Latin America", where the ChEMBL web-interface and API were explained
Post a Comment
Read more

By kott March 18, 2016
This scientific clickbait title introduces our promised blog post about the integration of UniChem into our ChEMBL python client. UniChem is a very important resource, as it contains information about 134 million (and counting) unique compound structures and cross references between various chemistry resources. Since UniChem is developed in-house and provides its own web services , we thought it would make sense to integrate it with our python client library . Before we present a systematic translation between raw HTTP calls described in the UniChem API documentation and client calls, let us provide some preliminary information: In order to install the client, you should use pip : pip install -U chembl_webresource_client Once you have it installed, you can import the unichem module: from chembl_webresource_client.unichem import unichem_client as unichem OK, so how to resolve an InChI Key to InChI string? It's very simple: Of course in order to reso
Post a Comment
Read more