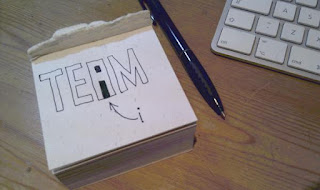 Bissan and I just had a really good breakfast discussion on drugs, and it prompted me to do a picture for the blog. There'll be some more, depending on collecting glasses from the opticians, getting some ivermectin for the tick infections that have appeared on Vini and Bruce the bearded dragons (named after two of the major protagonists of the fantastic and situationist durutti column), the length of the queue of cars at the municipal tip in Sutton, and other weekend domestic stuff.

Carbon and Oxygen are two essential life elements, and really important in drug structures - in fact, most drugs are 'organic' chemicals - those based on primarily on carbon chemistry. Carbon and oxygen can be combined in chemical reactions in various ways to give a number of compounds - they are all oxides of carbon. These are...

As an interesting aside these are all linear molecules.

Imagine the atom ratios of these compounds plotted on a line, between a carbon ratio 1.0 (the element carbon, which occurs in a variety of expensive/worthless allotropes) and 0.0 (which would be the element oxygen - which physically, under normal conditions occurs as that life giving molecule dioxygen (which can also be poisonous), and ozone (again that life giving/taking molecule)). So for the carbon oxides, CO is at coordinate 0.5, CO2 at 0.333, etc. This is what it looks like.....

Update - here's the same but for combinations of oxygen and nitrogen. 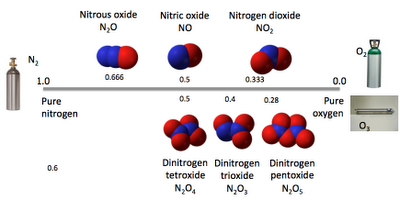 Of course, things become more interesting when you mix in more elements...... What I am discovering though is that triangular graphs are more complicated than I remember from when I was 12 years old.