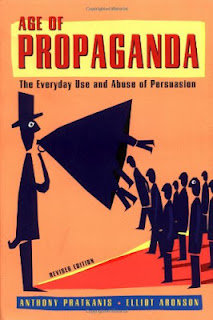 I got a call from a tearful girl recently, saying

"Daddy, I didn't know you did bad things at work"

once over the initial shock, I thought what could she be talking about - did she know about the short-cut I use to get to the river to watch the trout?, or that I sometimes asked people in front of me in the queue for the coffee machine to get me a coffee to save my time at the inconsiderate expense of those in front of me? No, it was because I was involved in "Open Access" - lucky then she didn't know then that I was actually really working on a more extreme version - the more fundamentalist version that is the destroyer of capitalism - Open Data! ;)

"Princess, it's not that bad; honest; Daddy isn't a bad man",

she laughed at my distressed response, and then said

"you should read the Daily Mail then".

This is what she had read.

The Daily Mail is the most widely read UK newspaper, it also is a well known source of shockers about health threats and benefits from just about household object or food, but the fact is it's read by about 4,400,000 million Britons every day.

Here is the introductory paragraph of the article (used under 'fair use').

Up to £1billion of income and thousands of jobs could be placed at risk as a result of a move by Downing Street to allow Google and other digital search engines ‘open access’ to the nation’s best academic and scientific research.

So a lot of jobs are going to go in the UK and we're going to lose 'income' (what is that tax income? sales revenue?, etc). I don't also quite understand the distinction between academic and scientific - I thought the mandatory open access proposals were connected solely with publicly funded research, and don't, and shouldn't, extend to privately sponsored research - if that is behind the distinction. Downing Street and Google are also semi-structured concepts plucked from the ether to build a web of plausibility for what follows - ultimately feeding xenophobia and protectionism.


Here is some more from the article,


But UK businesses fear that the proposals will destroy Britain’s highly-regarded academic publishing industry that modifies raw research, publishes it in the form of academic magazines, journals and books and exports it to the rest of the world.


Use of the word 'exports' is also contrived, most would agree, but which UK businesses will suffer? . Well, it turns out publishing businesses that make significant profits from the current system, they are becoming concerned may be threatened by this proposed change to UK research publication.


You're all intelligent and well informed, so I don't need to comment any more, but just read it, go on, read it!


One leading publishing group said the move to provide all of Britain’s academic output online for nothing could destroy a £1 billion industry that employs 10,000 people here and in its overseas operations.

Much of the scientific work from the nation’s leading research universities is passed on to the academic publishing industry where it is subjected to so-called ‘peer review’, or examination by experts, before it is published in journals and books that are also available online.

The material is a valuable source of income to UK publishing houses such as Reed Elsevier, one of Britain’s leading publishers with a market value of £6billion, as well as the hugely-respected Oxford University and Cambridge University Presses.


In reality academic publishers and researchers fear that scientific and other academic studies, paid for by the taxpayer, will be made freely available to researchers in China and elsewhere in the Far East.


Most rational people would say good to this, that's the way global science is meant to work. Also who were the researchers that would have agreed with this nonsense? I always thought of Reed-Elsevier as a globally operating Anglo-Dutch company, as opposed to deeply rooted and primarily operating within the United Kingdom, which is the impression most readers would be left with.


This is the funniest bit though...


Publishers are concerned that if an open access policy is adopted then some of the biggest scientific companies, such as GlaxoSmithKline, might move research work from British labs to those overseas where it will able to protect itself from open access.

Not attributed to GSK themselves of course but a sort of 'Munchausen's by proxy' worry on behalf of others. The concept of moving overseas to protect your business from open access is just so funny -especially given GSKs activities in pre-competitive activities, collaboration, and Open Data release.


Seriously though, the fact that this sort of nonsense is read by a very large number of people, and aimed directly at influencing public opinion is, to me, scary. The implicit threats in the article and linkage to economic stability and national competitiveness is, arguably irresponsible.


What have I learnt from this? - well the debate and argument isn't to be held amongst ourselves, it's with the public, the broad base of funders (via their tax contributions, bequests and charitable donations) of our work. We should make them proud of the way we spend their money, we should be accountable for this, and our output should be available for all of them - not just in our own country, but throughout the world.


Imagine the pride for a researcher mother or father when they get a random call from their kids, saying


"Hey, I'm so proud that you work in Open Access, and all my friends think you're way cool" 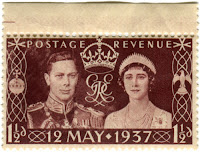 Noel O'Boyle said…
Why did they report it like this? Is it the worry that traditional media is being supplanted by internet media? Or just that they were lobbied?
22 June 2012 at 11:36

jpo said…
It's difficult to say - my guess is that they didn't decide to do a detailed investigative piece to uncover the truth behind the Open Access debate - I read somewhere that most news, is based on overworked and deadline driven journalists them being sent items and polishing them up - allegedly.
22 June 2012 at 13:54

R Stephan said…
I'm more paranoid. I think this is part of the publishing houses' strategy: "if truth doesn't work then lie". And it shows to me the heat is ramped up the next step. Fortunately, not many ears are listening. It's simply too obvious that all productivity comes from the authors nowadays.
28 June 2012 at 15:39